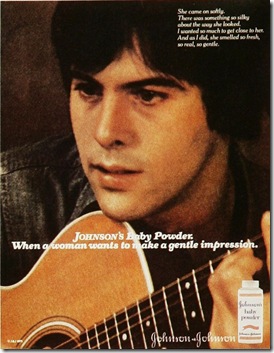 I was just playing my guitar down at the Run and Tell Drive In when I saw her.

She came on softly.

I’m not sure what “came on” means, but she did it softly.

She looked silky, although “silky” really isn’t a descriptive word for a woman.

And she smelled like a baby, which in itself could be a problem, because babies can smell really crappy and like sour milk, but she smelled like the good, clean babies.  Somehow, the thought of that being a turn-on doesn’t make me look really good…but um, anyway, I played my guitar and she was there softly.

Really, that’s all there was to it officer.  Can I make a phone call?

Forgive the skipped day.  Between mom, Clynt, surgery and a migraine, life got in the way.

bbes tribe said…
We agree ...Life does have a way of getting in the way sometimes.Hope tomorrow goes better for you.
Woofs
Ernie,Sasha,Chica & their Mom
Tuesday, May 25, 2010 8:35:00 PM

laura linger said…
"We made love in a Chevy Van..."

Vintage Christine said…
I used to work in the advertising field and was constantly amazed at the stupid things that supposedly smart people came up with to promote products. I'm sorry but I just don't see the connection between a guy, a guitar and Johnson's Baby Powder. Maybe I'm just having a crabby day. And I hope you're feeling better, my friend.
Wednesday, May 26, 2010 8:23:00 AM

Chickens in the Basement said…
Hope you are doing okay. Why does the boy in the picture make me think about Donny Osmond! Back in the day, I would have smelled like a baby (in any formed he liked) just to have Donny sing to me. This was before I discovered BAD BOYS! I can't believe I'm confessing that to you!
Wednesday, May 26, 2010 5:58:00 PM