Your Manhood in a Box 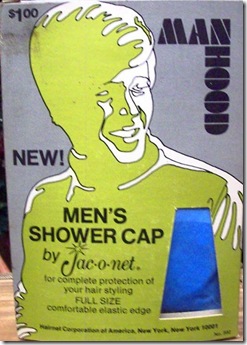 I subscribe to the theory that if a man spends a lot of time on his hair and outfits, he has far too little time to pay attention to you.

Welcome to the late sixties, early seventies.  Men were just experimenting with the new “styling comb” and growing their hair as long as their girlfriend’s.

My brother was one of them.  He was able to get the Veronica Lake “over the eye” look far better than I was able to do the “Farrah” later on.

Said brother (on the right) accepting a reward for a good deed:  Nice hair, huh? 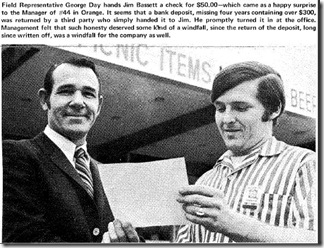 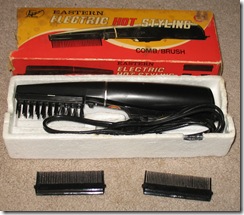 Soon they figured out that taking the comb off the Styling Comb equaled “blow dryer” and hairstyling took off.  No more curlers, no more weekly beauty parlor visits.  And women loved it too!

Here’s Maury, in his new cut 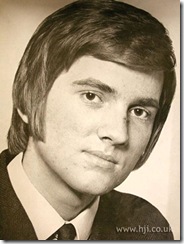 And Daniel (from England, of course) 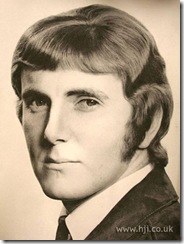 And here’s that guy who lived down the street from you that kept asking you over and over to the prom, but you just couldn’t tell him why you really said no… 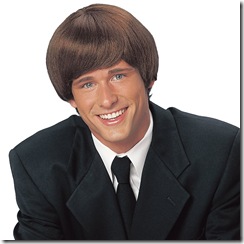 Wait…didn’t Bobby Sherman wear his hair like this?  Or was it Ringo?

Anyway…that’s the history lesson for today girls.  Men do not wear shower caps.  They wear manhoods.   Now you know why.

Anonymous said…
I do believe Bobby Sherman did have hair sorta like that. Wasn't he the cutest thing! Well, him and David Cassidy and those Monkees! I was in love with those Monkees! Even if I was about 9 years old, I thought all of them and those long hair beatniks(what my folks called them) were so groovy!lol..
Thanks for the memory lane trip.

3 doxies said…
Oh my mum says it bes a sad day when mens hair bes beters than hers...dat what her get fur wearing it in a pony tail or a...wait fur it....a bun...BWHAHAHAHAHAHA! Okays I done making fun of hers now.
Now in response to you comment...it is da internet and you find aaaaaall kinds of stuffs online so why not a little doxie porn...oh crap, I gonna get kicked og Blogger oneday...hehehe!

heidi said…
my great gpa would go around at night & all morning in a little knotted piece of my granny's pantyhose. it perched perfectly over his coif. and it made it look like he was going to rob a liquor store given a moment's notice.
Friday, August 06, 2010 5:57:00 AM