Recipes for the Stupid - Finale 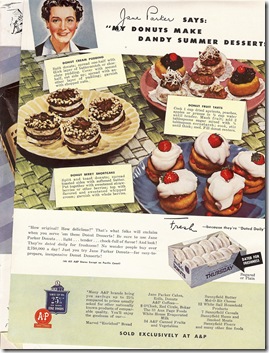 Okay ya’ll, this will be your last trip to that blasted grocery store.

Go buy donuts (any kind you like), Cool Whip, pudding in whatever flavor you like and “decorations” like nuts or cherries or if you really want to get fancy, strawberries.

Ready?  Okay!  Take a donut and cut in in half.  Not like you were sharing it, like you were making a two-layer cake.  Oh wait, you don’t know how to make cake.  Like an Oreo.  Split the donut where the creamy center of an Oreo is.  Got it?  Good.

For the fancy version, put half the donut on a plate, put Cool Whip on it and then some kind of fruit.  Then put the top on and do it again.  Why this is fancy, I don’t know…I’d rather have pudding than Cool Whip, but hey, they made the recipe, not me.

Now, when I say fruit, I want to caution you that fruit cocktail in a can doesn’t necessarily qualify as fruit.  To be fancy, it has to be fresh fruit.  If you want a fruit cocktail dessert, instead of donuts, buy Twinkies and don’t split ‘em.  Just pile them in a pan, pour the fruit cocktail over it, cover it with Cool Whip and your done.

There!  Three dessert recipes.  You now have an entire “repertoire” of recipes (that mean “a lot”).  Now you can invite the boss for dinner!!

Well, at least your mother-in-law.

Here’s your Certificate of Graduation! 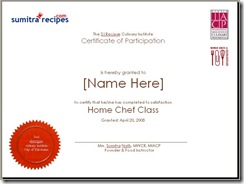 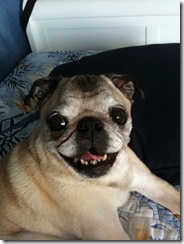 it is with my great sadness to say that Stubby has crossed the bridge.  i’m sure his mom would appreciate some kind words from everyone.  Run free, Stubby. We will miss you on this Earth.


As for Cool Whip pudding filled donuts... Yes, I can see my guests biting into one of those, and watching my guests faces contort as big blobs of Cool Whip and or pudding plops on their brand new seersucker dresses!

Wyatt said…
I'm laughing and crying at the same time. My 87 year old mother-in-law is staying with us for the month. She dislikes everything we eat. We have had to make a few changes. One of my next blogs will be something about swiss steak, jello and fruit cocktail...haha!

houndstooth said…
Ha ha ha! You have NO idea how tempted I am to try serving that to certain people!

KimT said…
What interesting recipes! I'll bet my daughters would love those, and any others who have oven-phobias ;)Hey, it actually sounds good, how can you go wrong with donuts??
So sorry about Stubby, heading over for condolences.
Friday, January 07, 2011 10:22:00 PM

Molly the Airedale said…
It sounds absolutely sinful! yummmmmmmm We'll have two each!
Thank you for telling us about Stubby. We're on our way.

Thank you for telling us about Stubby we have been over to leave a message. So sad.

Mogley G. Retriever said…
Whipped cream filled donuts would be a problem to eat in a policeman's blue uniform. It would be hard to go shoot a robber with whipped cream on your uniform and pudding on your badge.