Ranger was unceremoniously dumped in a shelter in pain.  This man took him to the vet and paid for emergency services – Ranger had 2 liters of fluid in his abdomen.   Petey’s dad is also paying for the surgeries up front. 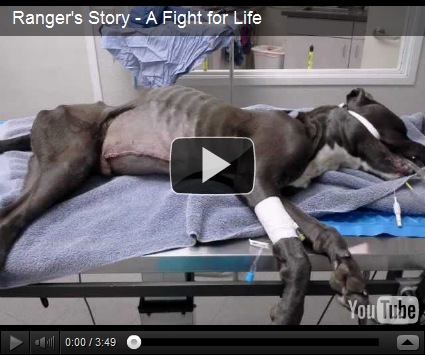 This was Ranger’s bowel when they opened him up. Can you imagine the pain he was in? 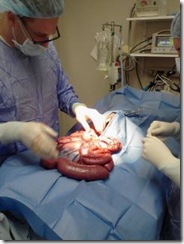 You can “Like” “Petey, the one-eyed Wonder” to follow Ranger on Facebook.
Ranger’s Chipin  (Chipin is currently down, but I will post as soon as I can).
Vet Info if you would like to donate directly for Ranger North Scottsdale Animal Hospital 480-368-1741. Just let them know it is for Ranger...they all know him.

Tweedles -- that's me said…
Tears are running down our face as we watched and read the video.
How could this ever happen!!

When an animal in rough shape is brought to such caring people, I say it's the luckiest day of their life.

Ranger, do not despair anymore! You will be loved from now on!