And We're Back (and apparently psychotic) 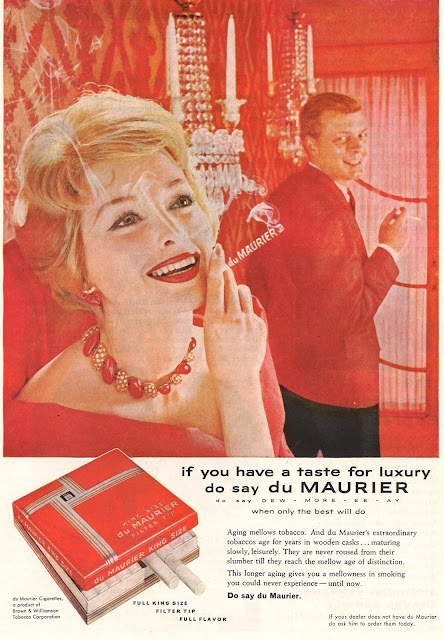 Martha has had "issues" since that party over at the Merriweather's.  Seems her husband Ralph DOES like a second cup of coffee.  Since then, Martha has shown her true crazy.

Sure, she looks pretty, but Ralph knows those eyes pretty well after bailing them out of jail enough.  "Never sleep with crazy", his friends told him and how he wished he'd listened.

Ever since the "snap" though, Martha has been content to pose around the house with her fingers in the air.  Ralph occasionally blows smoke in her direction so she will think she actually has a lit one in her hand. It is kind of odd how the "du MAURIER" words kind of hang in the air by her hand, but Ralph just attributes that to the spells she sometimes casts when she's with her "friends".  It doesn't bother him much any more.

ED NOTE:  Thanks for sticking around during my "hiatus".  It's appreciated.