And then came December

When Andy died, I stayed for a while telling him how I would miss him, and how nothing would ever be forgotten.  I packed up his shirt and a prayer card left in his room saying someone had come by to pray for him in a plastic bag and left the room.  Completely numb, I thanked everyone who helped take him to the next level and headed for the elevator.

I walked down to the parking garage and asked for a taxi.  I could have stayed - maybe eaten something at our favorite deli, Canter's, but my brain couldn't process anything except "go home".  While waiting for the taxi, I called Southwest to try to change my ticket.  When the agent came on the phone, I said "I have a reservation for tonight, but I just watched my best friend die and I just want to go home. How much to change my ticket?"

"Nothing," she said, "and I'm so very sorry."  I thanked her and she offered condolences.
I hung up and waited for the taxi.  Soon a fairly decrepit taxi pulled up and loaded my luggage into the trunk.  I got in.  The driver turned around and said
"Are you okay, miss?"
"I guess.  I just watched my best friend in the world die.  I need to go to the airport to get home."
"It will be my pleasure, and that's the most horrible thing I've ever heard."

We drove in silence for a while, when he turned and said "Do you smoke?"  I said that I used to, but that I had an electronic cigarette now.  He said "But do you want a real one?"

"Absolutely" I said.  He handed me the pack and said "have as many as you want".  Eventually, he hesitantly asked the particulars and I told him.  "Shit!  That's horrible!  No one should have to do that!  Shit!"

When we reached the airport, he said "do not lift a hand" and carried my luggage to the sky cap.  I paid him and gave him a generous tip, which he handed back.  "God bless you", he said and I burst into tears.


I was about two hours away from my flight, so I stopped at the McDonald's in the airport for the first food I'd eaten since I got to L.A.  I had no idea there was a Canter's at the airport at the time.  It probably would have required me to get re-screened anyway.  I found a table and ate in complete silence and shock.

I wandered to the gate, and found a seat.  Pulling out my phone, I called my best friend Sue and began the long story.  Sue has been there nearly from the beginning of Andy and I.  She had seen the ups, the downs, the together and the separations.  It was always known between us that Andy and I would eventually end up in the old folks home together shouting at the cars that went by.  It was just going to happen that way.  Neither one of us wanted to say it, but I finally did.

"My entire life has been planned around being together in the home, bitching at each other.  What am I supposed to do now without Andy in my life?".  "I don't know," she said, "I never expected it not to happen."  I told her everything that happened and when I was done, I was spent.  She and her husband had offered to come sit in the waiting room when this happened, just so I would know she was close and there if needed.  I vetoed that - nothing more horrible than sitting in a place while I'm in another, but I was so grateful she asked.  Now, after letting my heart bleed with her, I needed to get into line to board. 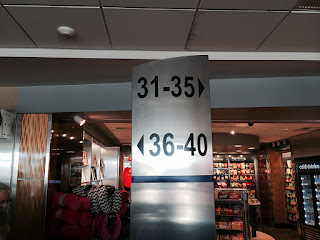 I had been trying to reach Ed, one of Andy's best friends since childhood, and the only one I knew how to reach, but had been unable.  I had left several messages, each more urgent than the last.  While standing in line, Ed finally called. He'd been in Europe.  He'd also received a call from our mutual friend Avi, who was both mine and Andy's doctor...but unbeknowst to me Andy had not seen him in years.  Avi, a very, very important doctor at Cedar's had the full scoop and had told Ed, who told me he had been expecting it for quite a while, as Andy started to refuse to see him when he was in town.  The last time he'd seen him, he said he looked homeless.  Because I'd been in another town, Andy had been sending photos to me that I thought were current.  They weren't.  I'd figured that out in the hospital, when he had a full head of grey hair, which was not grey when I'd last seen him.  I told Ed I was boarding the plane and would call him when I arrived, and then I took my seat.


Once in the air, the flight staff came around and asked if we wanted something to drink.  I said "Oh, just give me a vodka seven, or whatever.  I just watched my best friend die and I don't want to feel anything."

The attendant, a wonderful man, knelt beside me and said "Honey, this one's on me", and abandoned his other passengers to get me my drink (which, bless him, was very strong.)

He then served the other passengers and came back with another drink.  He kneeled beside me and asked if I wanted to talk about it.  I told him a little, and he told me how wonderful it was that I stayed with him the whole time and that he was so very sorry.  When we arrived, he escorted me from the plane and said "is someone here to get you?" and I said yes.  He hugged me and wished me the best.  I wish I'd gotten his name and picture.

I went down to baggage and eventually found my suitcase and my way out to my ride.  I called Ed, and my neighbor listened to everything that happened.  Now at home, I pulled my suitcase out, walked in my door, said hi to the dogs and fell into bed.  When I woke, I got dressed and went to my mothers house to find I needed to take her to the hospital as she had not eaten or drank anything since I left, and my brother wasn't much better. 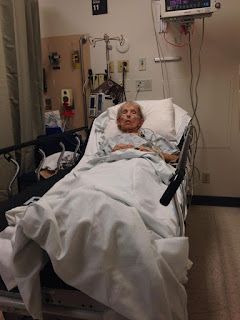 White Dog Blog said…
Thank you for sharing the rest of this story and your continuation. It takes a lot to sort through it, put words to it, and retell it. You are brave and this hopefully feels like healing.
Monday, September 26, 2016 10:02:00 PM